The Judgment of the Supreme Administrative Court (109) Pan Tzu No. 281

The Judgment of the Supreme Administrative Court (109) Pan Tzu No. 281

Under the circumstances, the used trademarks have to be in consistency with the registered ones and are recognizable to the general public.

But if you use your registered trademarks with additional words or notes to it and they are not considered to be the same trademarks according to the general public and consumers’ opinion, even though the trademarks are meant to indicate the same products or the same source of services, they will not be considered having consistency with each other.

The Ministry of Economic Affairs (MOEA) has announced “Notice on the Use of Registered Trademarks” (“NOTICE”) on August 23, 2019 by Amendment Jing Shou Zhi No. 10820032230, and the NOTICE is a method that the MOEA enforcing the trademark Act, thus it shall not against legislation purpose of the Trademark Act.

The above mentioned situation about adding foreign characters to the mark as one of its recognition features without changing its main recognition feature, it will be considered as family of mark rather the same mark to the general public and consumer’s opinion.

Thus, the aforesaid NOTICE recognized the situation that two slightly different trademarks to be in consistency with each other is actually violating the Article 64 of the Trademark Act. 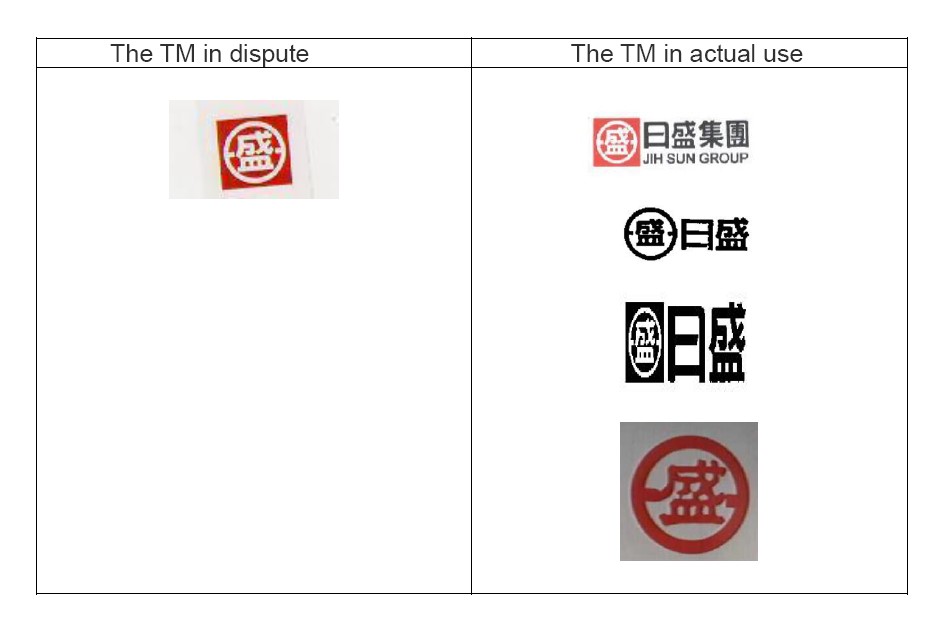