In 2016, overall applications dropped slightly by 2% from the previous year to 72,442 cases. Decrease in invention patent applications (43,836 cases) slowed down and fell slightly by 1%. Thanks to TIPO’s active management of examination efficiency, the average pendency for first office action of invention patents was shortened to 12 months, and pending applications were lowered to 50,293 cases. In trademark, applications (79,300 cases) reached a new peak.  Of the three types of new patent applications (received by TIPO), except for designs which saw growth, both inventions and utility models were down from the previous year. Invention patent (43,836 cases) slumped for four consecutive years yet in 2016 the decline (1%) slowed down. Utility model patents (20,161 cases) decreased by 6%, whereas design (8,445 cases) grew by 8% (Fig. 1). Breakdown by nationality, overall applications (40,443 cases) by residents saw a yearly decrease of 3%. Of these, invention applications totaled at 16,866 cases with a 2% decrease. On the other hand, design applications totaling at 4,579 cases grew by 3%. As for non-residents, overall applications (31,999 cases) increased slightly by 1%. Invention (26,970 cases) and utility model applications (1,163 cases) dropped by 1% and 9% respectively, whereas design (3,866 cases) saw a larger growth by 15% (Fig. 2). In the number of new inventions, foreign applications remained at about 27,000 cases. As for percentage, domestic applications fell from 41% in 2014 to 38% in 2016 (Fig. 3). Among nations filing patent applications in Taiwan, Japan and the US continued to claim the top two spots. Japan once again took the lead with 13,349 overall applications, followed by the US (7,972 cases) and China (2,202 cases). Japan also claimed the top spot among the five largest patent-filing countries in the number of invention (12,006 cases) and design (1,258 cases) applications, and China outnumbered other nations in the utility model applications (551 cases) (Fig. 4). TIPO spared no effort to clear up patent backlogs by implementing measures to speed up examination. As a result, both examination pendency and pending applications were lower than the original goal. The average first office action pendency and disposal pendency were shortened to 12 and 20 months, respectively. Such performance is on a par with other developed nations (regions), and which has a positive impact on enterprises expanding their patent portfolios. In addition, pending invention patent applications had been on the decrease since 2012, and as of the end of December 2016, the number was down to 50,293 cases (Fig. 5).  In trademark, the number of applications (79,300 cases) saw a yearly increase of 1% (Fig. 6). By nationality, applications filed by residents (57,548 cases) and non-residents (21,752 cases) both grew slightly from the preceding year. Among the top five foreign applicants, China (4,281 cases, +9%) again took the lead, outnumbering the US (3,735 cases) and Japan (3,669 cases)(Fig. 7). In addition, four out of top five trademark filing countries (regions) are in Asia, which indicates their active expansion of trademark portfolios in Taiwan. In the face of a growing demand for trademark registration, TIPO continued to devote fully to trademark examination. As a result, the number of pending applications was down to 50,011 cases (Fig. 8). 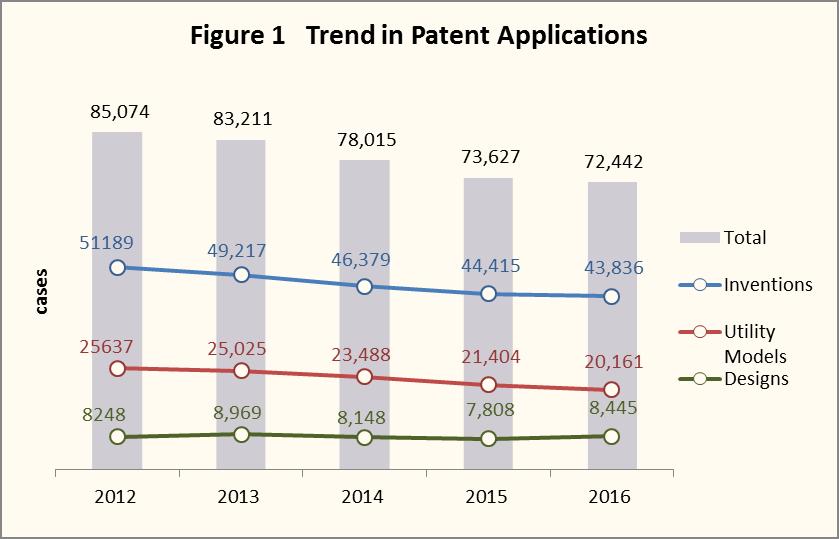 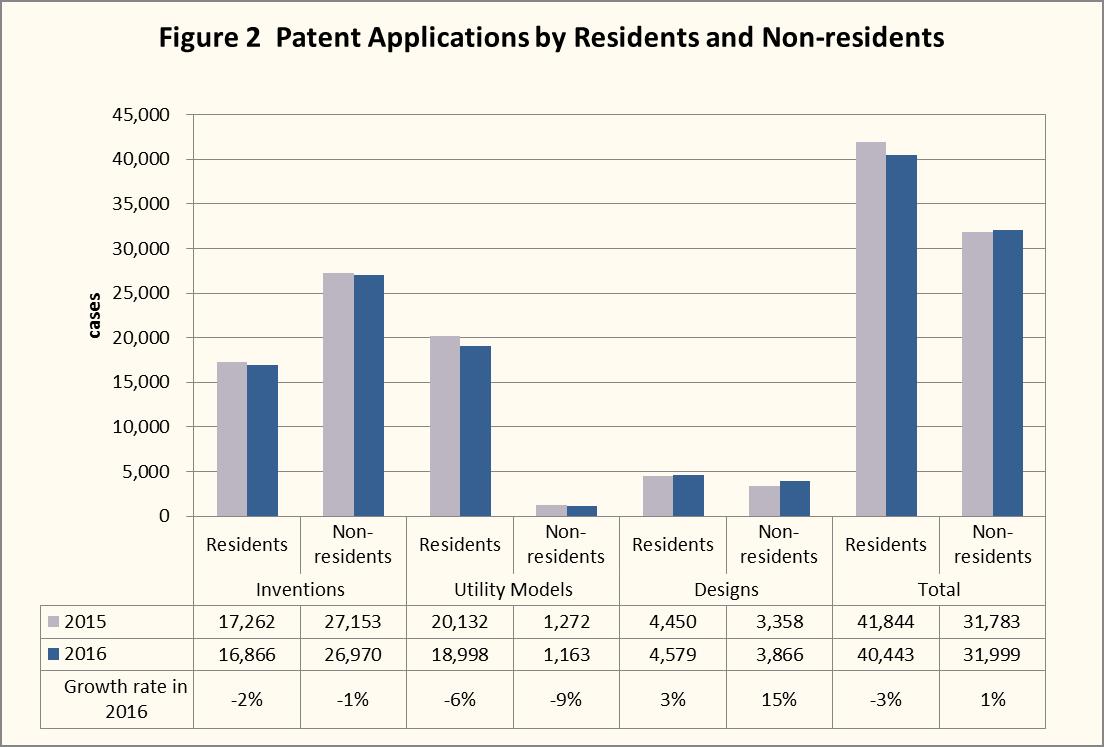 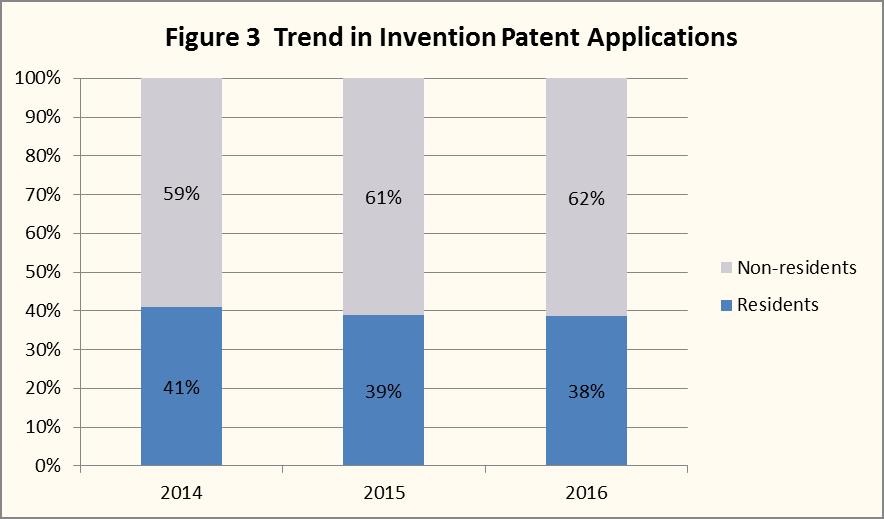 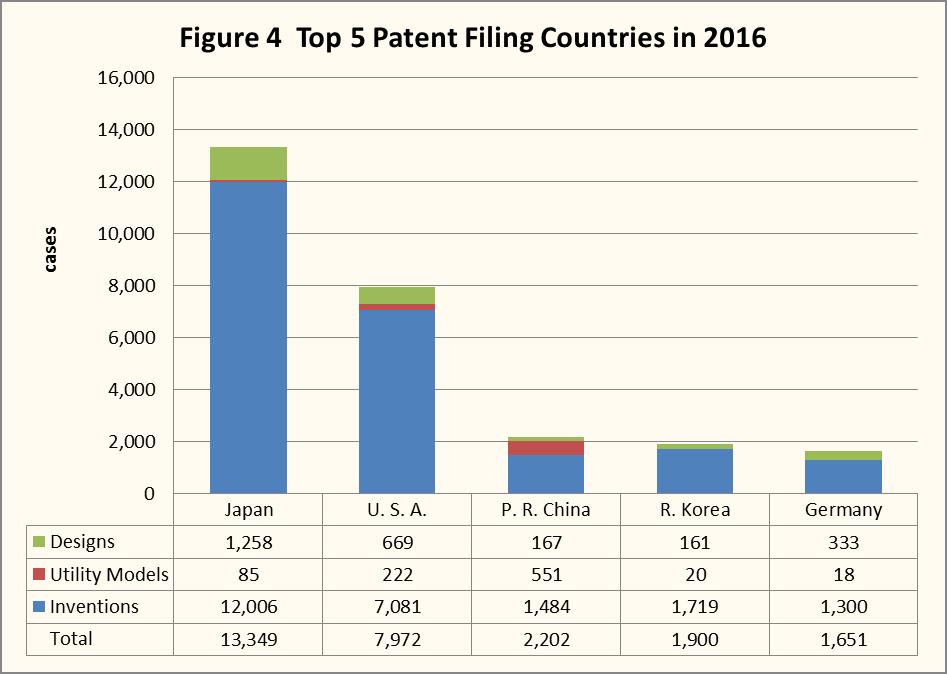 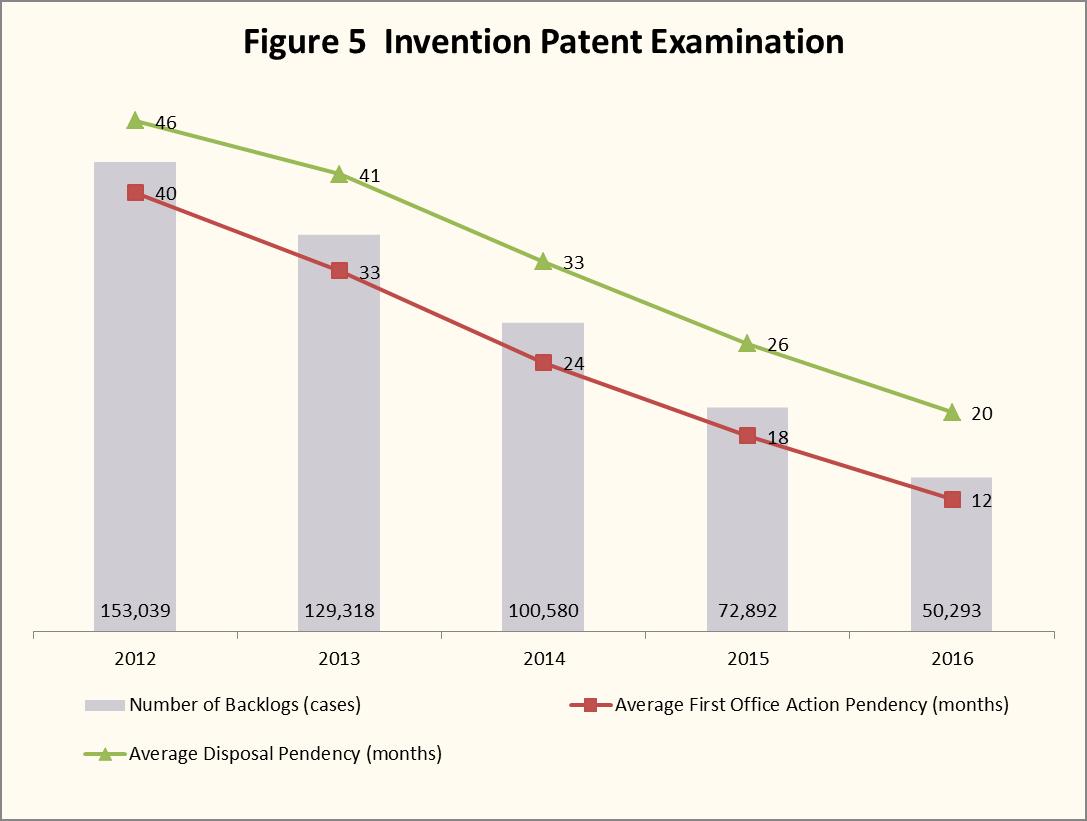 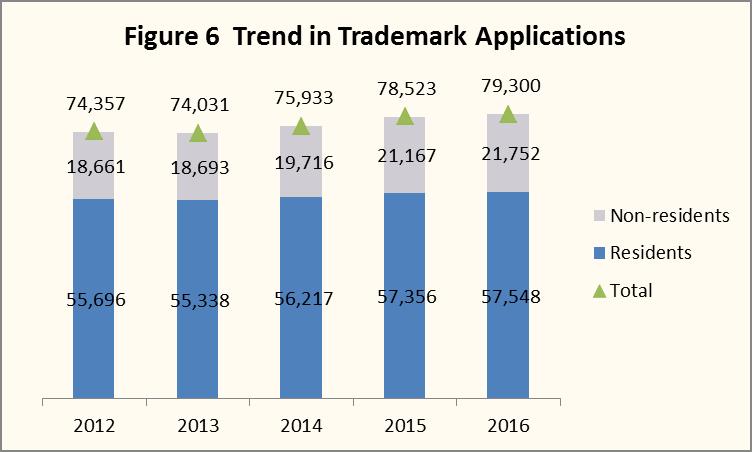 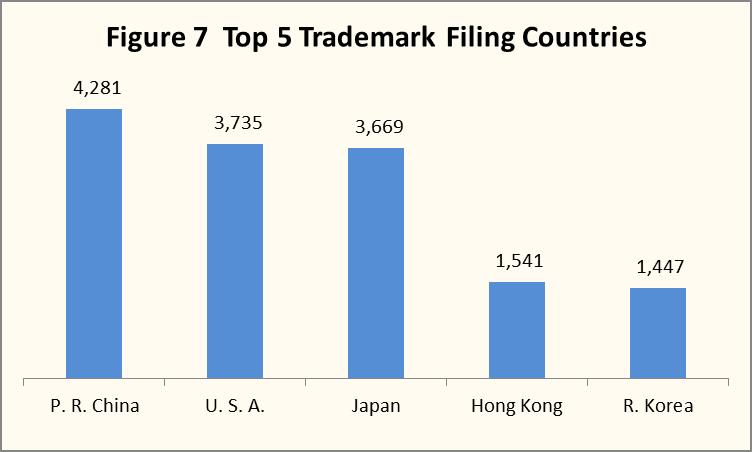 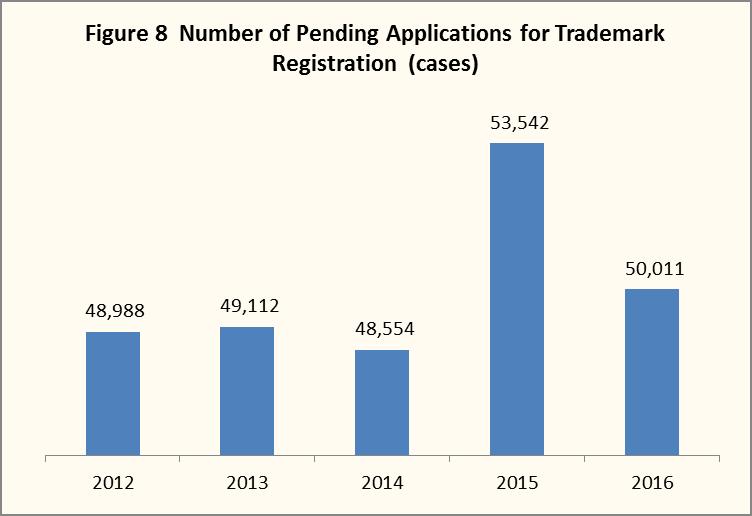