In the post-Alice Era the allowance rate for software patents has been slumping. However, WPTO has b

In the post-Alice Era the allowance rate for software patents has been slumping. However, WPTO has b

The U.S. Supreme Court released the Alice decision on June 19, 2014. Since then, the standard for the USPTO to examine business method and software patents has changed from the traditional “Machine-or-TransformationTest” to the“two-pronged test”. The gist of the two-pronged test is to determine whether the claim includes additional inventive elements in case that the invention includes an abstract idea, so that the claim is “significantly more” than an abstract idea. Also, the additional inventive elements must not be well-know, routine, or conventional activities. This decision has become a legal norm for lower courts and USPTO to determine the patent eligibility of business method/software patents. Since the issuance of the Alice decision, the monthly allowance rate for business method/software patents in U.S. has declined from 846 in July 2014 to 232 in July 2015, with the rate of decline being as high as 73%. (For more information, please refer to the article entitled ”The blizzard of Alice decision has made impacts to business/software industry” published on September 22, 2015, http://www.wpto.com.tw/ip_news_detail.php?bbsId=JCU0MzkyIyE=) 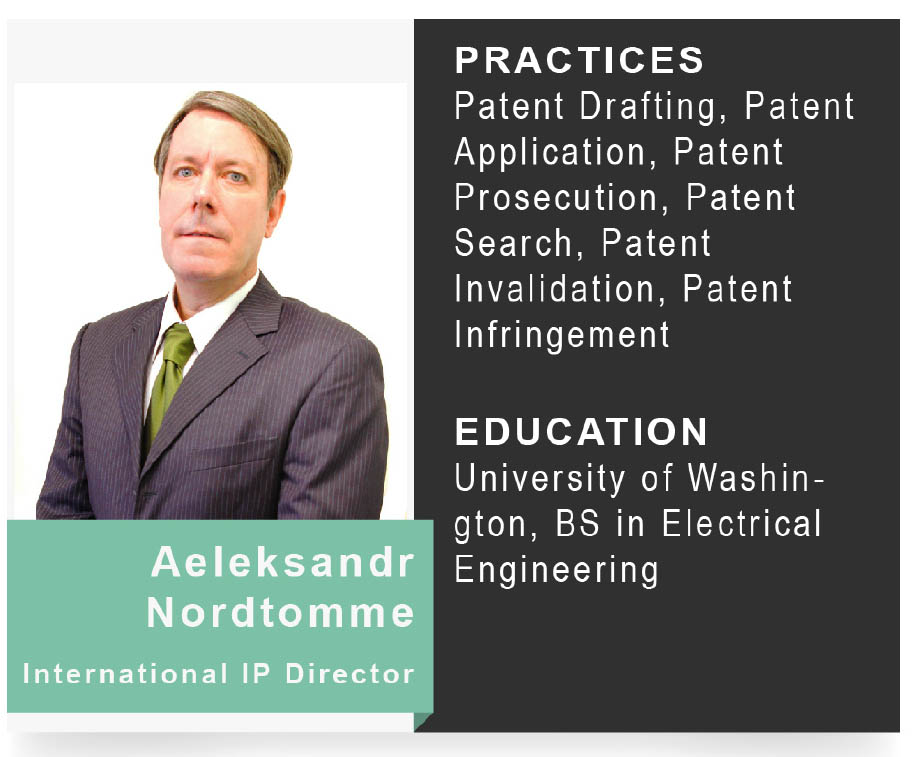 As a result, it has become an important task to let the software/business method patents survive under such a patent-eligibility test and get to the issuance of patents. AEleksandr, the Assistant Vice President of World Patent & Trademark Office (WPTO), has over 15 years of patent drafting and prosecution experience, and is proficient in allowing business and software patents to pass the Alice test and expediting the allowance of patent applications. For example, AEleksandr drafted and prosecuted a U.S. Patent application entitled ”NEAR FIELD COMMUNICATION MOBILE DEVICE AND NAVIGATION DEVICE COMMUNICATION SYSTEM”. AEleksandr helped the client transform the abstract idea into procedural steps, and programmed the invention to be situated under a non-abstract background by utilizing the mobile device and navigation device essential to the invention, and embodied the invention by setting the core value of the whole invention to be directed to the signal processing. In this way, the invention is able to pass the patent-eligibility critera of the Alice test and meet the requirements on patentability. This application was granted as a patent on October, 2014 without receiving any Office Actions. 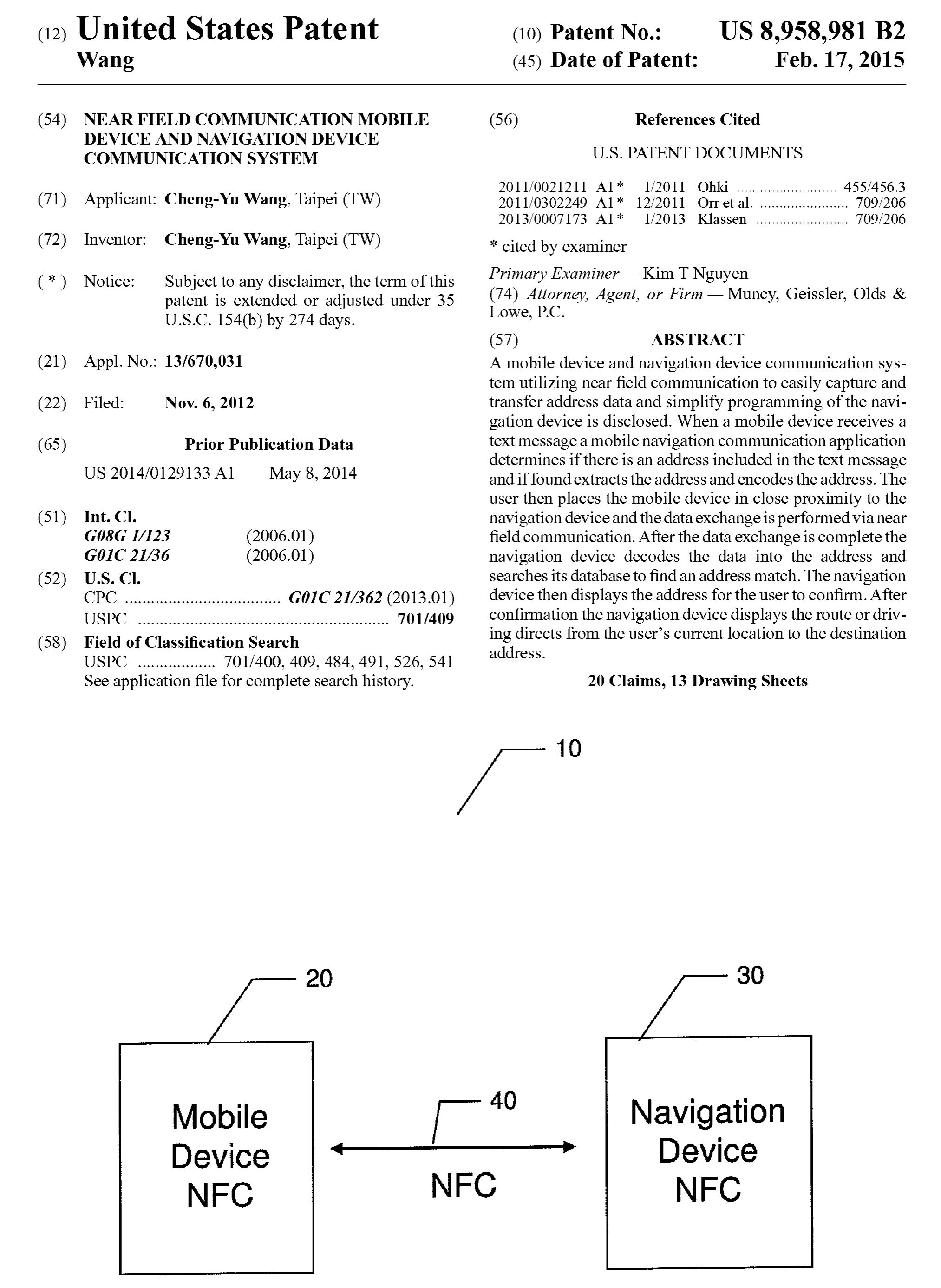